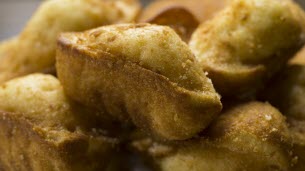 Fat, that’s life! Is that what you think when you tell yourself that you need to build up reserves in these cold times? What if you were wrong?

An American study published in the journal Cell Metabolism in 2017 that tested various diets on mice showed that rodents that consumed a lot of fat and little sugar were in much better health and had a longer lifespan of seven to ten years on the scale of a human life.

This is the basis of the paleoketogenic diet, which suggests following the diet of “prehistoric men”, that is, high protein (meat), lipids (fats, nuts) …) fiber and low carbohydrates (although our ancestors mainly ate plants) .

At that time it was a matter of life and death: food was a real bulwark against the cold and allowed an effective layer of fat to be built up in order to survive. Today clothes and heating take care of it very well …

So if the desire for caloric food is felt in winter, it is normal because our organism is programmed to switch to this type of primitive food, and no longer because of a deep need.

A question of morality

In addition, the season of the year with the lack of light and the shortened days combined with the current stress period can affect morale. We go out less, we are bored. All of a sudden we will rush into comfort foods like sweet or fatty foods like pastries, cheese, we will nibble on chips … It’s psychological, not biological.

On the other hand, we absolutely must not make drama out of a little pearl that appears. “Pearl fat is harmless. Perhaps not very aesthetic, but not bad for our health,” assures Laurence Plumey, nutritionist specializing in adult and child obesity, spokesperson and author of the book “Le Monde” wonderful fat “published by Eyrolles .

“It is also quite resistant to diets because that superficial fat is useful (energy reserve, brain and muscle fuel, production of hormones, protection of cells, storage of pollutants …). Dieting on it is pointless. Too.” nothing but upset our internal energy balance and encourage the development of another devious fat, deep fat. “

His advice? Be sensible: “Everyone fears and hates fat. We try to get rid of it at all costs, diet after diet, yo-yo for yo-yo.” But be careful, in the end it “often degenerates into obesity, health problems and frustrations”. Today around six million French people are obese and fifteen million are overweight. A real epidemic.

“In ten years there will be twice as many overweight people in France,” confirms Dr. Réginald Allouche, specialist in type II diabetes. “We tell ourselves we are far from the fall of the United States, but the curves are exactly the same. We are 55% of the overweight or obese people in France, the land of gastronomy.”

How did we get here? “There is an excessive consumption of caloric foods. Industrial products are often unbalanced and we have a very sedentary lifestyle, as we saw during childbirth. The human body has 70% muscle mass. Don’t bother about it, we’re not working on it, we have undesirable effects. If what we eat isn’t burned by the body, it is stored, ”he explains.

He also mentions “environmental and social factors and the tendency of certain people to gain weight”. His advice? Eat everything in moderation, focusing on fresh, healthy foods like fruits and vegetables.