Density 2: New Light, Destiny 2 is a free online game developed by the famous developers Bungie. It is the sequel of Destiny which was released in 2014. It is highly popular among gamers mainly because of its quests, such as Lumina, Malfeasance, and Destiny 2 the Lament Quest. These quests challenge gamers and keep them grinding.

Destiny 2 was released in 2017, and it was a paid game back then. It could be played on the Xbox One, PlayStation 4, and Microsoft Windows. Later, under the new title of “New Light” in 2019, the company made it free to play. The developers also made it playable on PlayStation 5, Xbox Series X/S, and Stadia. Now all you need is a device with a stable internet connection to play this amazing game since it is an online game. You have a couple of gaming options to choose from PvP (player vs player) and PvE (player vs environment).

How to Complete the Lament Quest?

Quests are those missions which offer a luxury item after their completion. Destiny 2 The Lament quest is one of the most popular quests of this game. You can get the Lament sword once you have completed this mission. The Lament sword is a beast sword that comes into its own when fighting with champions. It has more serious damage, which is why it is considered necessary for serious players. You can complete the mission by following these steps.

First of all, go to the tower and speak to Banshee-44 in the tower. He will give you this Lost Lament Quest. Then collect the Dead Exos on Europa. You are asked to find the dead bodies of three Exos. They are nine in number, and it does not take serious effort to collect them.

Find the Giant Exo which could be found in the Braytech facility near Cadmus Ridge. On the right side of the entry, there is an open door in the big building. You can also mark the quest on the map if you find this difficult and the game will lead you to that Giant Exo head. It is a

Beat 100 Vex and 20 Minotaurs, Hydra or Cyclops with swords. You can do this quickly by going to the Perdition Lost Sector in Cadmus Ridge. You will find Vex in the first room there. You can now finish the Exo challenge.

Defeat 60 Vex again. For this purpose, go to Perdition Lost Sector again. This is where auto rifles come in handy, use them to get this done and then find the blade pieces in Glassway Strike. Speak to Banshee-44 in the tower again. Banshee will give you the sword which would be unusable until you finish this quest.

Go to Eventide Ruins and loot the chest after completing the Bunker E15 Lost Sector.

Complete the mission “reforging the past”. You will have to exit the bunker E15 Lost Sector and walk over to the quest flag to start the mission. Kill all those Vex in Cadmus Ridge. Go back to the town after getting the sword from Clovis and kill all Vex again. Speak to Banshee-44 in the tower for the last time. He would thank you for reforging his old sword and offer you to keep it. That’s it. The Lament sword is yours. 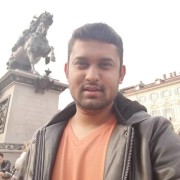 What Sets Pokémon Go Apart from Other Games?