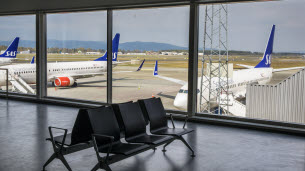 Despite the crisis, the desire to leave the French provokes an OpinionWay study published in late December for Liligo (1).

More than one in three (37%) are planning to travel between January and the end of summer 2021! However, many (38%) prefer to wait until the end of the pandemic to pack up.

Who are the candidates and where do they want to go? Unsurprisingly, most of them are young people aged 18-24 (46%), 55% of whom say they prefer international travel for 2021. On the other hand, those who prefer tourism in France are between 35 and 49 years old (54%). A majority of respondents (57%) will therefore take their car, compared to 40% on the plane and 19% on the train.

The pandemic, that bargain for the prices

The most opportunistic in the present context should travel to distant destinations at very advantageous prices.

In fact, 63% of respondents see the health crisis as an opportunity to launch an attack on tourist treasures while escaping the crowd of tourists, and 60% believe this is a godsend given the great deals on price promotions.

Portugal and the overseas departments and territories are big winners

Flight tickets in particular have fallen sharply, especially for the end of year celebrations. Despite the demand, prices in eight of the ten most popular cities outside mainland France, namely Lisbon, Porto, Marrakech, Tunis, Saint-Denis de La Réunion, fell from -7% to -17% in one year. Pointe-à-Pitre, Algiers, Fort de France, New York and Barcelona.

Tunis and Barcelona are the only ones to see price increases of +3 and + 11%. Internationally, Portugal and the French overseas departments and territories are therefore the big winners of the pandemic, also due to the fact that there were few or no restrictions on travel to these areas.

In France, Corsica takes the lion’s share. Bastia, Ajaccio and Figari are among the ten most sought-after French metropolises in 2020, with Marseille, which has seen the largest increase in ticket prices with + 7%, but also Paris, still number one, and Nice.

If Toulouse, Nantes, Bordeaux and Lille also manage to find a place in this ranking, Lyon, Montpellier, Biarritz and Perpignan have come out.

(1) OpinionWay survey for Liligo, carried out on December 22 and 23, 2020 on a sample of 1000 people representative of the French population aged 18 and over, quota method.